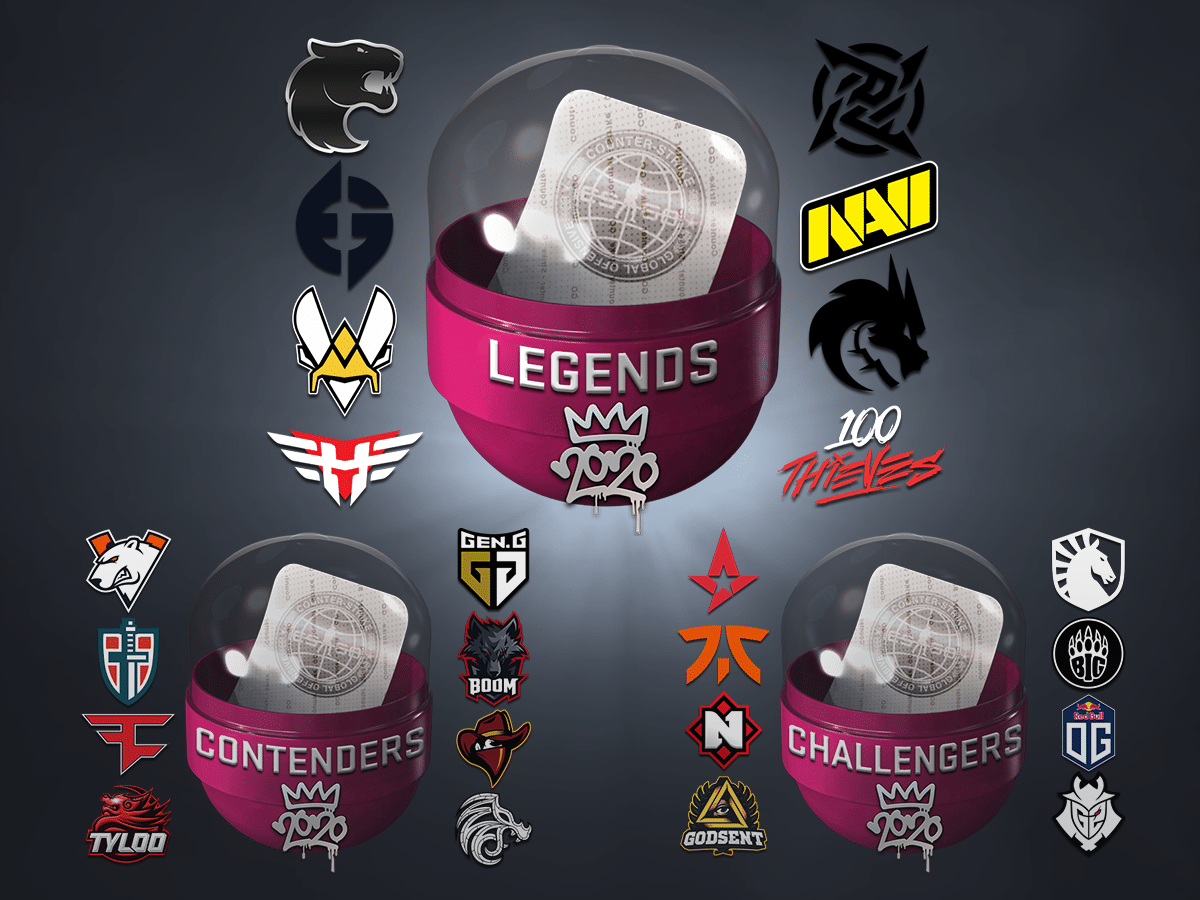 Over the past year, the top CS:GO teams in the world competed in regional ranking events for invitations to a Major Championship. Ultimately there would be no Major in 2020, but it is important that fans have an opportunity to celebrate and recognize the hard work of the best teams of 2020. So we’re excited to announce 2020 CS:GO RMR Capsules.

These capsules represent the teams that would have received invitations to the 2020 Fall Major, broken down by their invitation status (Legend, Challenger, Contender). You can find the final RMR scores and standings here.

For these stickers, 50% of the proceeds directly support the teams.

We will continue to hold regional RMR events to identify the 24 teams to invite to the 2021 PGL Stockholm Major. In the link below you can find all the details and updates to the 2021 RMR event system, but here are some highlights:

The full details of the 2021 RMR system can be found here.

In September of 2020 we were alerted to the fact that many professional coaches were exploiting a coaching-feature bug to gain an unfair advantage during matches. You can read about our initial response here.

Since then, ESIC has published the findings of their investigation and the resulting sanctions. You can read about them here.

As our follow up, we have decided that coaches that exploited the camera bug will be ineligible to participate in some number of future Valve-sponsored events–that number to be determined by the extent of the abuse.

In addition to consequences for individuals, we have also thought about how commonly coaches exploited the bug, for how long it went unreported, as well as how common coach stream-sniping accusations have been.

To avoid the diminished integrity of coaching from casting a shadow on the integrity of Valve-sponsored events, we’ll be changing the restrictions on support staff in the following way: