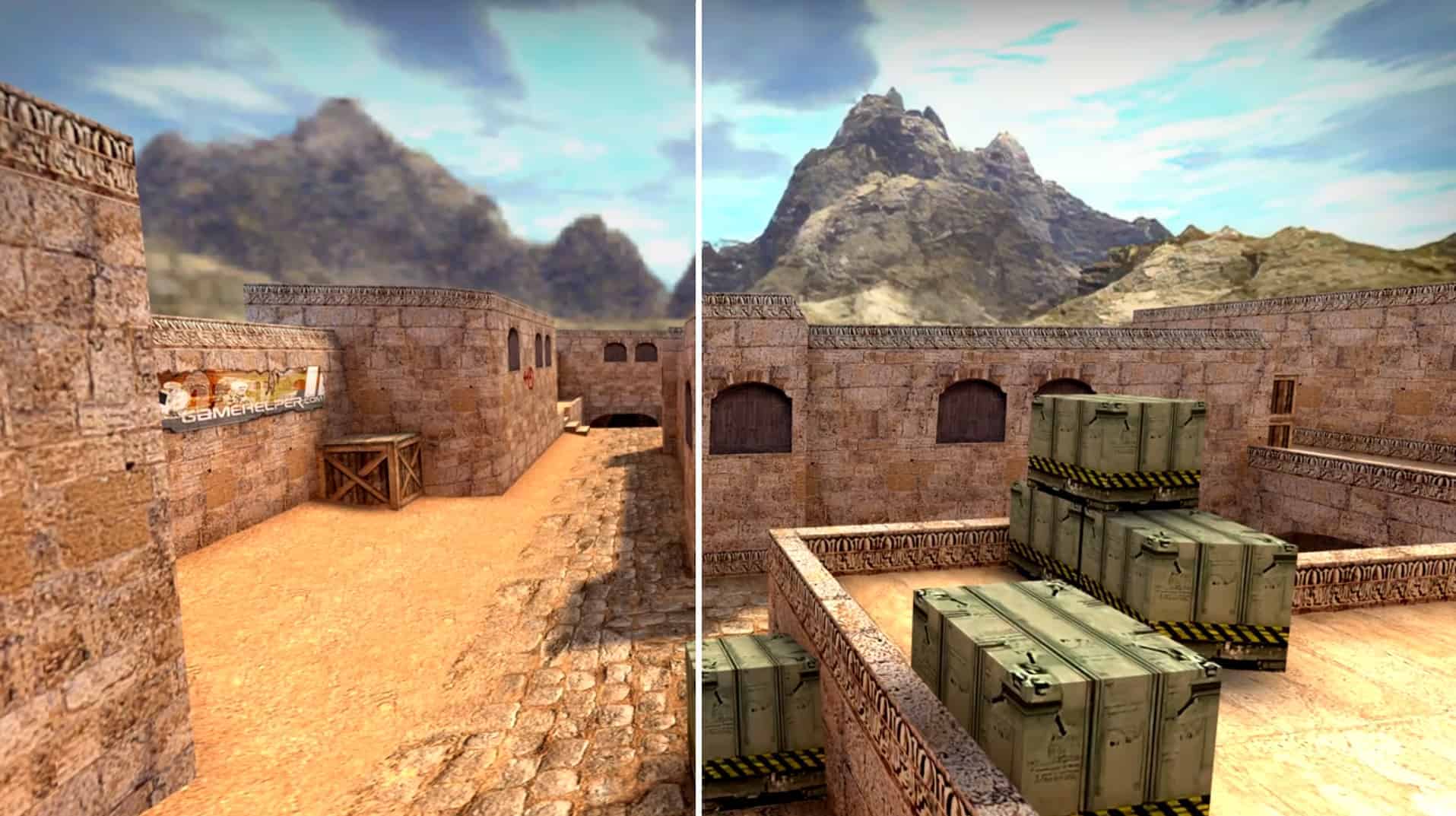 The Dust 2 map may be about as iconic as Counter-Strike itself, inspiring recreations in other games, specifically a lot of iterations in Minecraft, apparently. I know this to be true because I’ve never touched a Counter-Strike game, CS:GO or otherwise, but even I know this desert compound when I see it.

Modder “3kliksphilip” also put together a YouTube video that you can watch below explaining their process in upscaling the old textures.

Some textures certainly come out looking better than others. While a computer may be more technically accurate when recreating textures this way than a human might be, it still presents a few odd dependencies that 3kliksphilip points out in the video.

The wood and stone textures come out looking a bit like they were simply run through Photoshop’s “sharpen” filter even though the process is a bit more advanced than that. The AI is prone to accentuating high contrast areas from the low-resolution version which end up creating harsh lines in the new version.

Where the upscaling process shines, as 3kliksphilip goes on to explain, is the background environments called skyboxes. Upscaling with AI changes the far-off mountains and clouds behind Dust 2 from a blurry mess into something that looks intentionally artistic. They’re a much better example of what the original textures for Counter-Strike likely looked like before being compressed to fit on hardware from the year 1999.

If you’re keen to play the version of Dust 2 that’s most faithful to the “source” material, for better and for worse, check out the mod on the Steam workshop.