[STOCKHOLM 2021] – Stockholm 2021 Autograph Capsules for Champions and Finalists are now available for purchase. 50% of the proceeds go to the players and organizations. [MUSIC] – A new music kit “Flashbang Dance” by The Verkkars & n0thing is now available for purchase in-game. [MISC] – Smoke grenades will ignore players when detonating over burning fires and tracing to ground.
– Stability fixes. [MAPS] Insertion II
– Tweaked hostage rescue zone making it smaller around the back side
– Fixed issue behind pizza where weapons fell through the ground
– Added one extra cubicle and desk in orange office
– Fixed so you can fit inside the top of the slide in playground
– Removed glass from the salad bar prop in Pizza that was unbreakable
– Various graphical, clipping and collision issues fixed

Extraction
– Upgrades to middle, visually and to the gameplay
– Fixed loud door sound
– Added a powerful selfboost at the T side of middle
– Cubby at middle is now deeper
– Added a new piece of cover in the wine room hallway
– Windows at middle are now broken into pieces due to a classic smoke grenade issue. Before, players were visible inside the smoke when close to the breakable windows (Thanks Dapplication)
– Removed raised planters at CT spawn and middle
– Changed some building architecture
– More glass is now breakable
– Removed clipping atop the coushin boxes at T main allowing for a new boost spot (Thanks Quoting)
– Replaced nodraw on rooftops with roof textures
– Lowered volume of the helicopter
– Small tweaks to clipping around the map
– Updated radar image 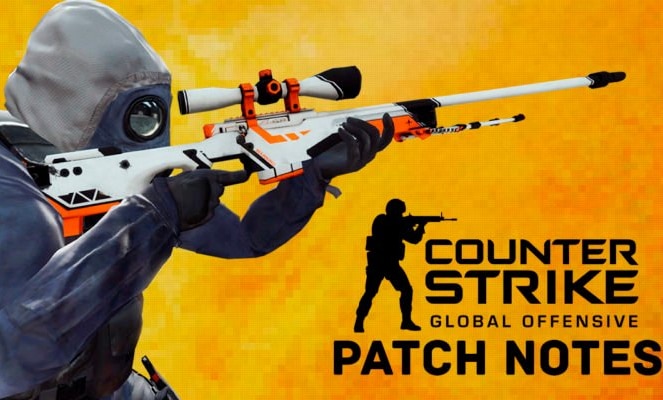